Some of our projects at IX

Our process is that we build the layouts in Adobe XD, so we can get a good feel, overall design and also build the different components of the UI in the app. I then proceed to build the various components inside Unity UI and connect the components to our backend via C# scripts. The idea of the UI is to have everything data-driven. Nothing should be static, nothing in the UI should be locked inside Unity. Our backend should control everything inside and outside of the UI. The biggest issue we see there is the Unity UI layout, this almost has to be done in Unity and strictly in Unity. However, the components with text, color, icons and so on are quite easy to control via the backend. 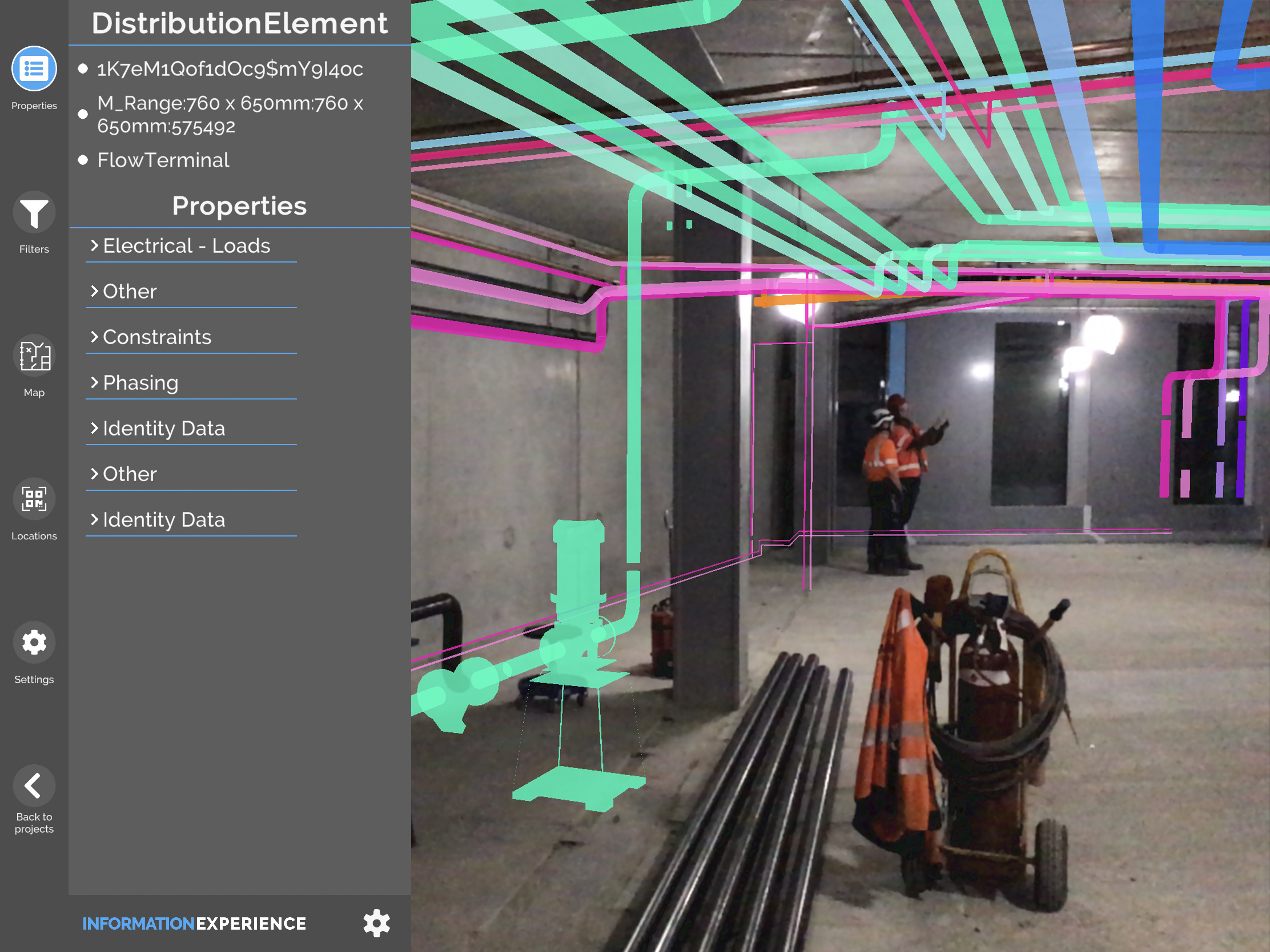 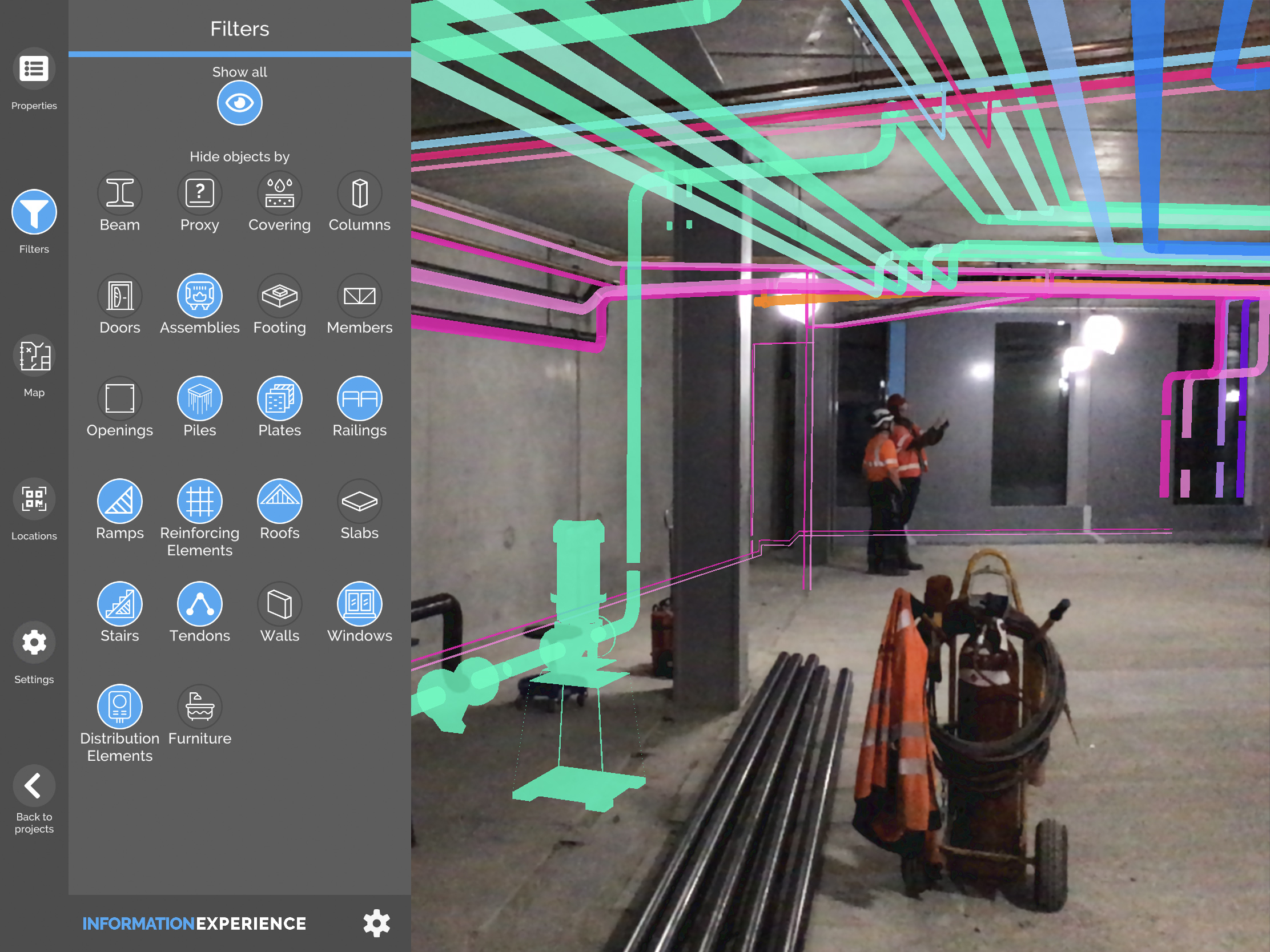 With Svensk Byggtjänst we had project to show CoClass, a metadata structure for actual objects in urban environments. Screenshots and video from HoloLens. 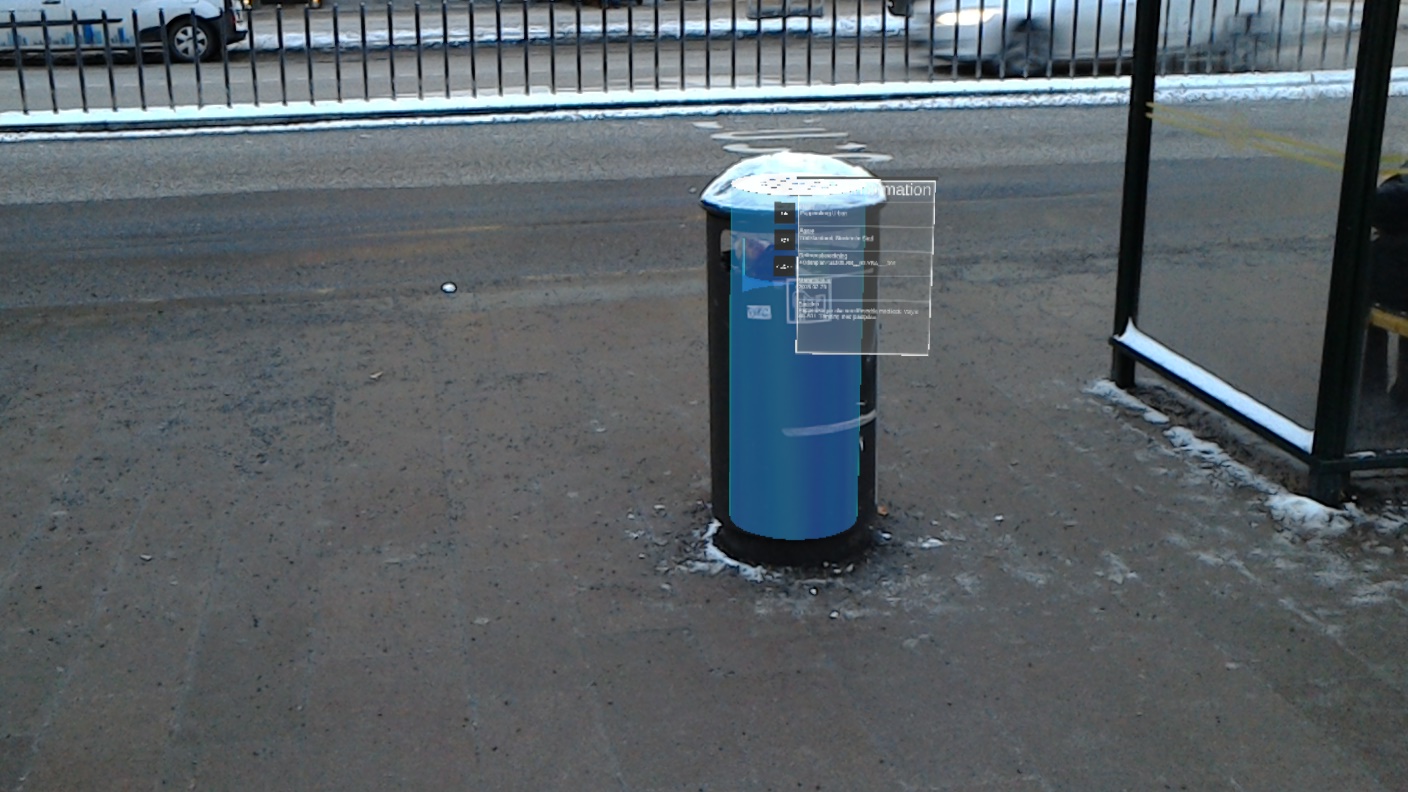 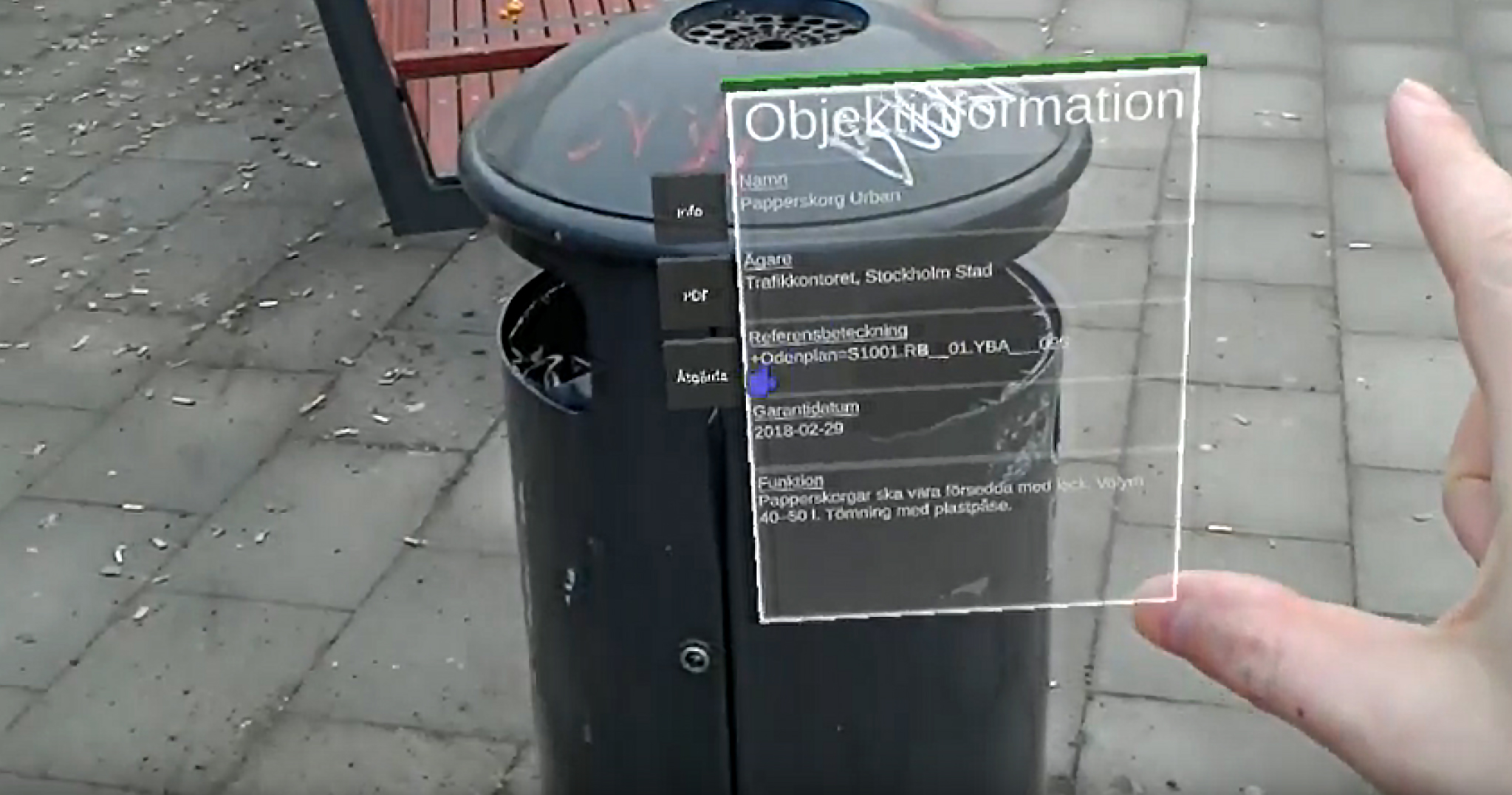 As a part of Ericsson 5G push we built a HoloPortation demo. Showcasing the how AR and 5G could be used in a future meetings with holographic calling. The holograms where in realtime streamed from one location to another via 5G. With HoloLens the people in the call could walk freely within the 3D camera range, getting a 3D representation of each other.

Meeting with the #hologram version of Carina, an @ericsson employee, showcasing the endless possibilities with #5G. Imagine meeting with family, clients or colleagues on the other side of the world but still in the same room. #MWC2019 #TechnologyForGood https://t.co/HjkuCavs4I

With Ericsson we used out BIM Viewer in a bit of a different way, we used it to show the insides of an F1 Car. Showing how pliable our application is and that can be used for many things. For this project we sourced assets and built animations that would fit with the assets.

Together with @Batelco at the #Bahrain F1 Grand Prix, weÔÇÖre showing a new dimension to #AR with this 3D Augmented Reality Car! We're entering the 4th industrial revolution and here's a glimpse into the future of the automotive industry. pic.twitter.com/SzfqGBSckF 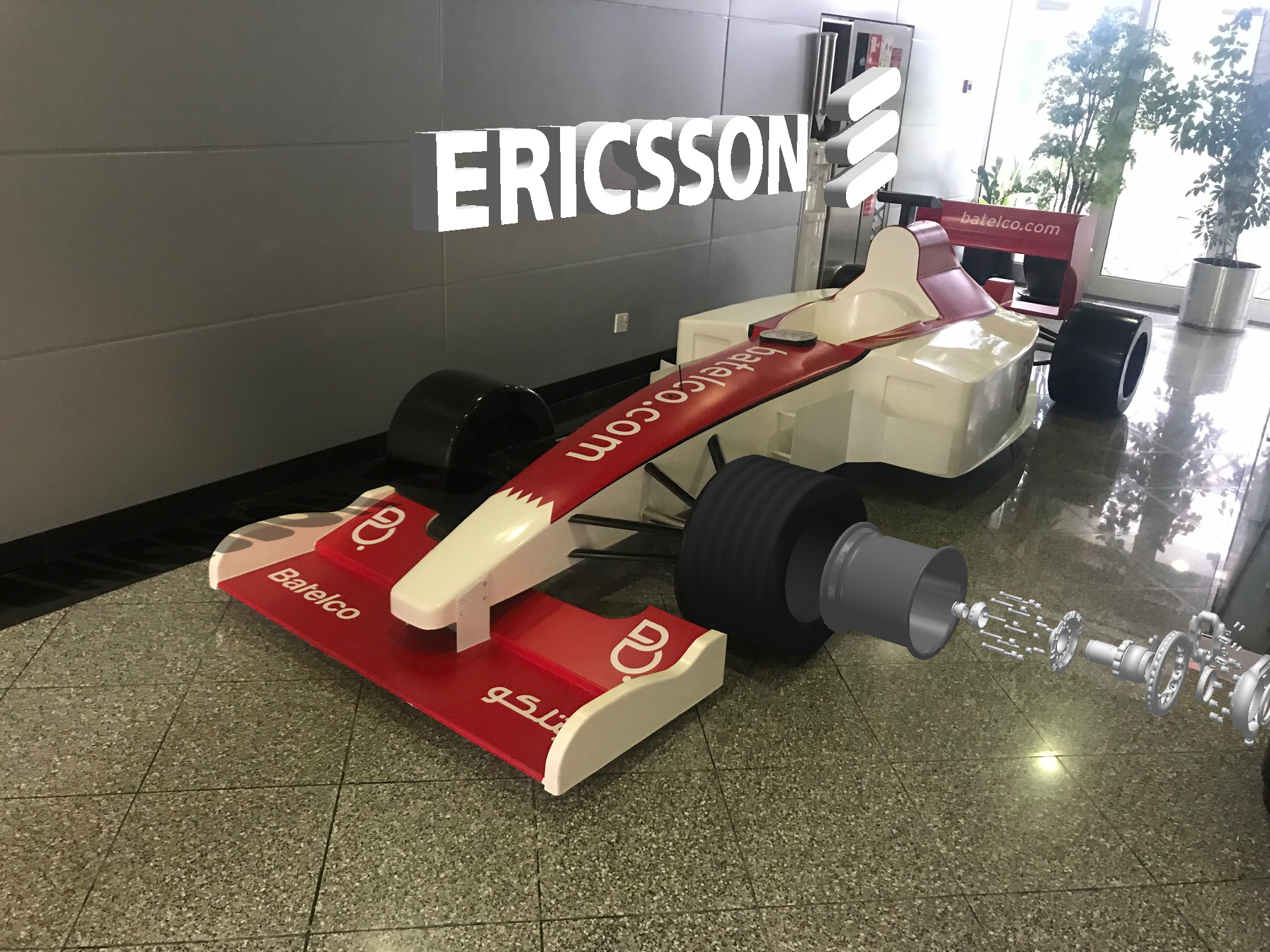 Example of how the tire would look like in all its parts.

With Telia we used BIM Viewer to view an event layout with metadata and measurements. Just for fun we added a couple of cubes to play with!

#HoloLens and iPads with #ARKit in our shared interactive experience over 5G at the @TeliaCompany event this week #5G #MixedReality https://t.co/p5gkvEy4ME